Could You Be Eligible to Claim Future Assets of the Other Party After Separation?

Monetary matters will almost always come to the fore whenever two individuals separate and decide to go their own ways. Sometimes, these issues are part of the cause of the breakup, but, nevertheless, cash always seems to be a contentious issue and can prompt a case to go before the courts. If you are arguing about "who gets what," then you may have to apply for judgement as far as the assets of both individuals are concerned. However, the situation can get even more complex when it comes to future assets. Do you believe that you're entitled to some of these, and if so, how does the law view this situation?

Typically speaking, all assets in the pool are considered by the court, irrespective of the date of origination. In other words, it doesn't particularly matter whether they were generated before, during or after the relationship had effectively concluded. The courts consider all of these assets from both sides of the equation so that they can get a very clear picture of the finances available and whether or not they need to be applied to the circumstances of one or the other of the parties going forward. In other words, they are looking for an equitable division.

Sometimes, it may become clear that a party is going to come into a windfall of some kind, and their assets could significantly grow down the road. The opposing party may consider that they are entitled to some of that money as part of the division of assets.

A court, however, will typically have a look at the situation in the light of all other information and evidence. They will want to know exactly why the party is receiving the windfall, what it relates to and whether or not the claiming party has some call on the money.

For example, the money could relate to an inheritance from a family member. The court may ask whether the claimant was involved in looking after that family member prior to the time that they passed away and bequeathed the money. It could be that the claimant is entitled to some of that windfall as a consequence of their involvement in this way.

The court will not look at this in isolation, however. They will want to know whether the claimant is already receiving a just and equitable amount from the division of assets as it is. If this is felt to be the case, they may be less inclined to allocate a portion of future earnings.

In short, it's possible to stake a claim against future earnings, but it should be done in the light of all the other assets available, and both parties should be seen to be acting as fairly as possible in their demands. Due to the complications of such a situation and the leeway of the courts, it's best to get qualified counsel on your side to help you with any such case. Contact a family lawyer in your area to learn more. 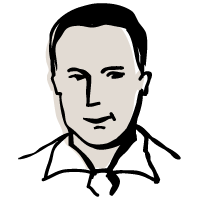 Hello, my name is Bob Spurlin and I this is my new blog. Last year was a terrible year. My wife and I realised that after 34 years of marriage we didn't want to be together anymore. We decided to divorce and at first, things were very friendly between us. However, as the divorce proceeded, things became very sour. We just couldn't decide who should get what. I wanted the car and she wanted the house. In the end, I had to call in a divorce attorney. He was great and I learnt a lot from him. I decided to start this blog to help others who are going through a divorce.